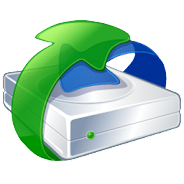 R-Studio also uses raw file recovery (scan for known file types) for heavily damaged or unknown file systems. It functions on local and network disks, even if such partitions are formatted, damaged, or deleted. Flexible parameter settings give you absolute control over data recovery.

R-Studio can automatically recognize and assemble the components of these disk managers even with their damaged databases. Their components with severely corrupted databases you can add manually.