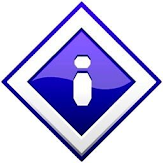 SiSoftware Sandra (the System Analyser, Diagnostic and Reporting Assistant) is an information and diagnostic utility. It should provide most of the information (including undocumented) you need to know about your hardware, software, and other devices whether hardware or software.

SiSoftware Sandra works along the lines of other Windows utilities, however, it tries to go beyond them and show you more of what’s really going on. Giving the user the ability to draw comparisons at both a high and low-level.

SiSoftware Sandra, founded in 1995, is one of the leading providers of computer analysis, diagnostic, and benchmarking software. The flagship product, known as “SANDRA”, was launched in 1997 and has become one of the most widely used products in its field. Nearly 700 worldwide IT publications, magazines, and review sites use SANDRA to analyze the performance of today’s computers. Over 9,000 online reviews of computer hardware that use SANDRA are catalogued on our website alone.

While each benchmark measures the performance of a specific device (CPU, Memory, (GP)GPU, Storage, etc.), there is a real need for a benchmark to evaluate the overall computer performance: this new benchmark is a weighted average of the individual scores of the existing benchmarks: