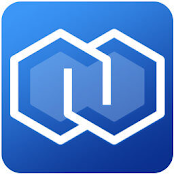 AOMEI MBackupper is a professional tool to backup, restore and transfer your iPhone data for Free. It will help you quickly back up iPhone/iPad/iPod photos, videos, music, contacts, and messages. Also, you will be able to easily transfer data between iOS devices and computers.

AOMEI MBackupper supports not only entirely iPhone backup but also selectively file backup. With incremental backup, it will back up the changed or added data only, saving time and storage space.

Different from competitors, this AOMEI program allows you to preview all backed-up files before recovery and only restore the files you selected. It will finish restoring in a short time. Just find the backup files and click restore and they will right back to where they were.

AOMEI MBackupper can recover accidentally deleted iPhone data after a while. Easily create an iPhone backup with everything you will be able to retrieve from your backup.

AOMEI MBackupper makes it easy to do iPhone transfer and release iPhone storage. It requires only simple clicks to transfer iPhone to iPhone or iPhone to PC.

Backup & Transfer Your Data in Professional Ways
Safe & Quick Restore. The transfer process will be completed in a very short time and other data in the same place will not be deleted or overwritten.
Changes in AOMEI MBackupper Standard 1.9.0: