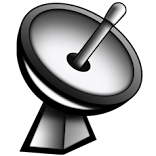 ProgDVB – the universal and very powerful software for watching digital TV and listening to radio channels! It allows you to watch SAT Television and listen to Radio channels directly from satellite by using DVB-PCI cards with hardware decoders on the board, SAT-dish, and personal computers with Microsoft Windows installed.

ProgDVB and ProgTV are two are 2 independent user interfaces that can work together from one folder with one list of channels, settings, etc.

ProgTV is aimed at use with remote control (HTPC). ProgDVB contains more functions but is intended for use by a mouse.

ProgDVB has options for working with network broadcasting and Audio/Video recording of the stream to different digital-media formats. About 8000 channels on the list; DVB-S (satellite), DVB-S2, DVB-C (cable), DVB-T, ATSC, ISDB-T, and IPTV. Analogue TV or playback from a file.