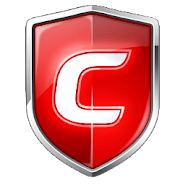 COMODO Internet Security sees a major leap forward in security and usability with the addition of the new sandbox feature – an isolated operating environment for unknown applications. Under default settings, unknown applications will be automatically sandboxed. So that they cannot make permanent changes to other processes, programs or data on your ‘real’ system.

Alerts you whenever potential malware attempts to attack or gain access to your system. The alerts are displayed as pop-ups in the right-hand corner of your screen. It allows you to block the unrecognized activities, processes and connection attempts of running applications. CIS now even protects against ‘drive-by-download’ buffer overflow attacks.

Offers the highest levels of security against inbound and outbound threats. Also it stealths your computer’s ports against hackers and blocks malicious software from transmitting your confidential data over the Internet. The Firewall Task Center allows you to quickly and easily configure all aspects of the Firewall.