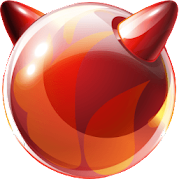 FreeBSD is an advanced computer operating system used to power modern servers, desktops, and embedded platforms. A large community has continually developed it for more than thirty years.

Its advanced networking, security, and storage features have made FreeBSD the platform of choice for many of the busiest web sites and most pervasive embedded networking and storage devices.

FreeBSD offers advanced networking, performance, security and compatibility features today which are still missing in other operating systems, even some of the best commercial ones.

Run a huge number of applications

The quality of FreeBSD combined with today’s low-cost, high-speed PC hardware makes FreeBSD a very economical alternative to commercial UNIX workstations. It is well-suited for a great number of both desktop and server applications.

You can install this OS from a variety of media including CD-ROM, DVD-ROM, floppy disk, magnetic tape, an MS-DOS partition. Or if you have a network connection, you can install it directly over anonymous FTP or NFS. All you need are these directions.

FreeBSD is available free of charge and comes with full source code. If you would like to purchase or download a copy to try out, more information is available.

The hardware requirements to install FreeBSD vary by architecture. Hardware architectures and devices supported by a FreeBSD release are listed on the FreeBSD Release Information page. The FreeBSD download page also has recommendations for choosing the correct image for different architectures.

A FreeBSD installation requires a minimum of 96 MB of RAM and 1.5 GB of free hard drive space. However, such small amounts of memory and disk space are really only suitable for custom applications like embedded appliances. General-purpose desktop systems need more resources. 2-4 GB RAM and at least 8 GB hard drive space is a good starting point.

The minimal configuration to install FreeBSD varies with the FreeBSD version and the hardware architecture.

A summary of this information is given in the following sections. Depending on the method you choose to install FreeBSD, you may also need a supported CDROM drive, and in some cases a network adapter.

FreeBSD/i386 requires a 486 or better processor and at least 64 MB of RAM. At least 1.1 GB of free hard drive space is needed for the most minimal installation.

There are two classes of processors capable of running FreeBSD/amd64. The first are AMD64 processors, including the AMD Athlon™64, AMD Athlon64-FX, AMD Opteron or better processors.

If you have a machine based on an nVidia nForce3 Pro-150, you must use the BIOS setup to disable the IO APIC. If you do not have an option to do this, you will likely have to disable ACPI instead. There are bugs in the Pro-150 chipset for which we have not yet found a workaround.