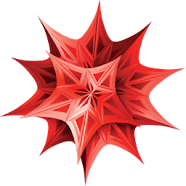 Mathematica is a general computing environment, organizing many algorithmic, visualization, and user interface capabilities within a document-like user interface paradigm.

It was originally conceived by Stephen Wolfram, developed by a team of mathematicians and programmers that he assembled and led, and it is sold by his company Wolfram Research.

Mathematica combines powerful computing software with a convenient user interface. It is this range of capabilities – many world-leading in their own right – that makes Mathematica uniquely capable as a “one-stop-shop” for you or your organization’s technical work.

Wolfram Mathematica is split into two parts, the “kernel” and the “front end”. The kernel is the algorithmic engine for performing computations. The front end provides a convenient human interface for creating and manipulating programmatic structures, allowing graphics, mathematics, programs, text, and user interfaces can be freely edited and intermingled.

It also provides debugging capabilities, a presentation environment, and interfaces to USB controllers like gamepads. The two communicate via the MathLink protocol. It is possible to use the kernel on one computer and the front end on another, although this is not how most people use Mathematica.