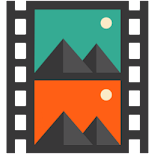 Xilisoft Video Converter Ultimate 7 is easy, fast and reliable software with professional settings and optimized profiles for converting standard videos of all popular formats. It also supports the conversion from standard videos to 3D videos as well as the mode conversion among 3D videos.

Xilisoft Video Converter allows even to convert between the different audio formats: MP3, WMA, WAV, AAC and so on.