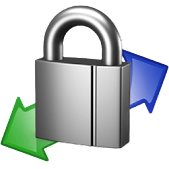 Beyond those basic functions, WinSCP offers scripting and basic file manager functionality. The application also allows you to rename files and folders, create new folders, and change the properties of files and folders.

One of two selectable program interfaces allows users to manage files even on a local computer. Most operations can be done recursively for files in folders.

WinSCP is also available as a plugin for two file managers, FAR and Servant Salamander.

Other important features:
Changes in WinSCP 5.20.2:

Using WinSCP, you can connect to an SSH (Secure Shell) server with SFTP (SSH File Transfer Protocol) or SCP (Secure Copy Protocol) service, to an FTP (File Transfer Protocol) server or HTTP server with WebDAV service.SFTP is a standard part of the SSH-2 package. SCP is a standard part of the SSH-1 package. You can also run both protocols on the latter SSH version. WinSCP supports both SSH-1 and SSH-2. For authentication, you can use a username and password or public key (RSA or DSA). Other authorization types include TIS, Cryptocard, Keyboard-interactive, and Kerberos. For FTP, both the basic unencrypted variant and FTPS are supported. Compressed transfers (Zlib) are not supported.

For WebDAV, both the basic unencrypted variant and WebDAVS are supported. Compressed transfers (Zlib) are not supported.

For SFTP, the only requirement beyond the server requirements above is to run SFTP on the server. It is best to run it as an SSH-2 subsystem. If you select SFTP-only on the login dialogue and the SFTP subsystem is not found, WinSCP will try to find the SFTP server in some common directories (/usr/lib/sftp-server, /usr/local/lib/sftp-server, etc.). This way, it is possible to use SFTP even with SSH-1, which does not support subsystems.